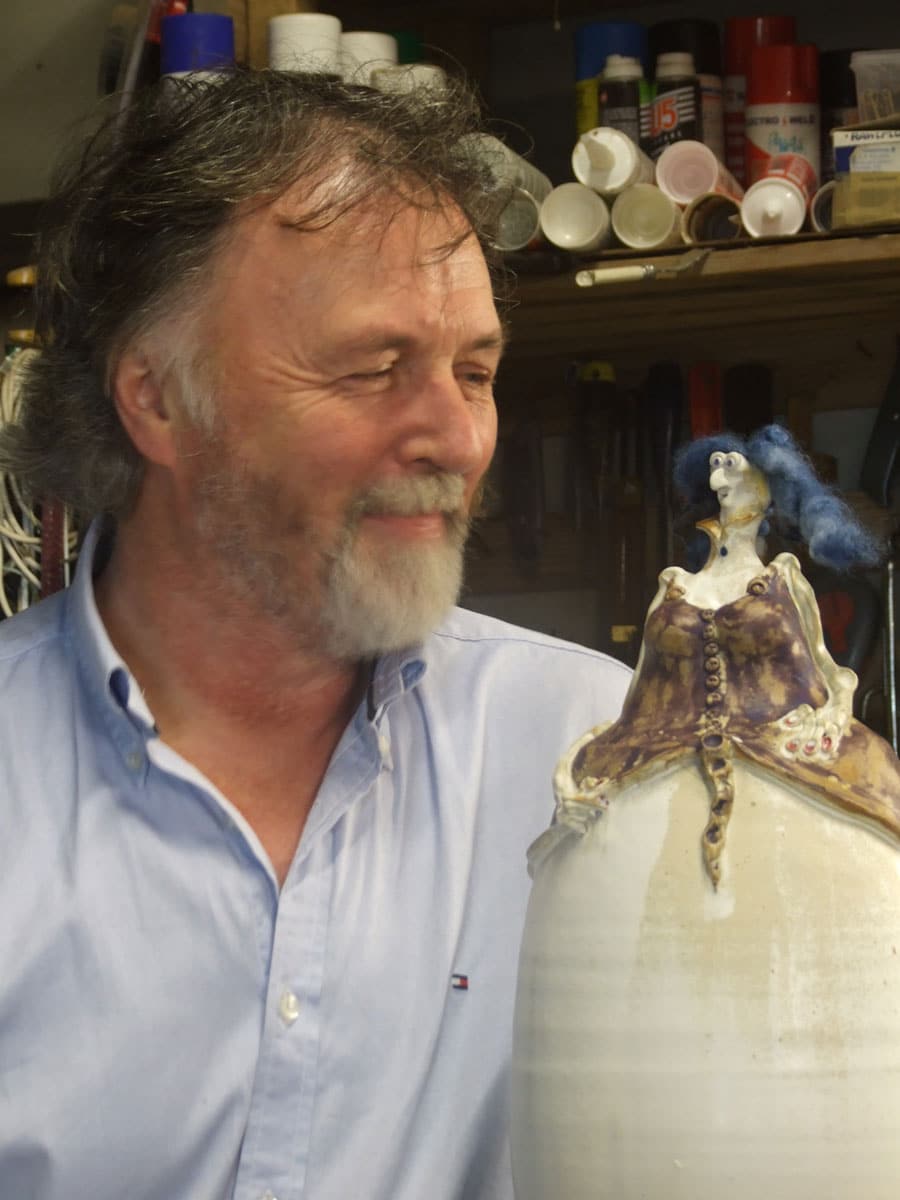 I was introduced to clay, as a Production Thrower, in Louis Mulcahy’s famous Craft Pottery workshop in 1988 and have been exploring the magical world of Ceramics ever since – where everything seems possible but nothing is certain.

The name Firbolg Designs references “Na Firbolg”, the primordial inhabitants of Ireland who are said to have ruled the country about 2000 BC.  They have been referred to as the first Fairies of Ireland.

My work is my own from concept to final product, an ongoing process of research and design, one of a kind from my own studio. I make what captures my imagination.  According to Jonathan Glancey the making of interesting things can make people content and even happy, there is a quiet satisfaction in doing a job well, with your own hands “the well making of what needs making”.

When I am not potting in my workshop I’m most likely to be found pottering in ‘The Garden’.

The Ancient Irish lived in and with nature and had probably the oldest known example of a European legal system, The Brehan Laws, which survived from pre christian times right up to the late sixteen hundreds  a period of almost 2000 years.

Under Brehan law “Bretha Comaithchesa” trees were protected and penalties imposed for damage caused to them, in line with the classified value of the particular tree or shrub, of which there were twenty eight in all and I try to have at least one example of each growing in my small ‘Ogham Garden’ at any time.

The Ogham Alphabet was in use in Ireland from the fourth to the ninth century and the twenty  letter names are associated with native tree names.

The concept of a Celtic Tree Calender was outlined by Robert Graves, in his book “The White Goddess”, first published in 1948 and taking into account some more recent research, is the basis for my Celtic Birth Sign Pendant collection.

Item added to your cart

Continue Shopping Go To The Cart